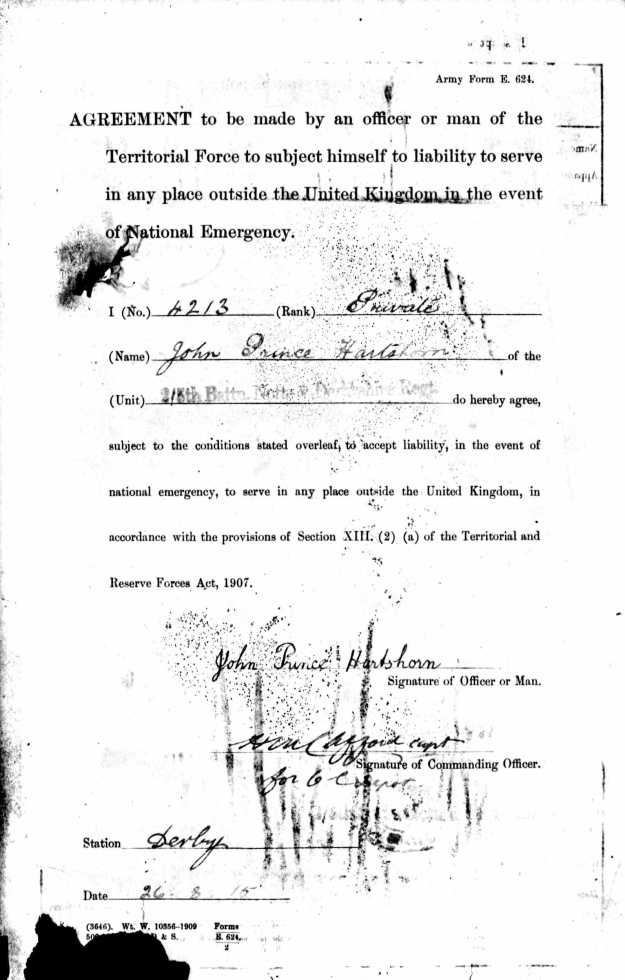 Posted to the Oxford and Buckinghamshire Light Infantry and served with the 1/5th Battalion in France from 28th July 1916 until he was wounded and returned to England on the 30th April 1917.

John suffered a gun shot wound to the face on the 9th April 1917 during an attack on the Telegraph Redoubt by the Battalion. The Battalion suffered 5 Officers killed and 8 wounded; 45 Other Ranks killed, 116 wounded and 11 missing.