Nick Bennet has been researching his Great Uncle 2243 Pte. John William Wright who served with “D” Company of the 1/8th Battalion and was killed by a German sniper on the 20th April 1915 aged only 18 and is buried in Kemmel Chateau Cemetery. 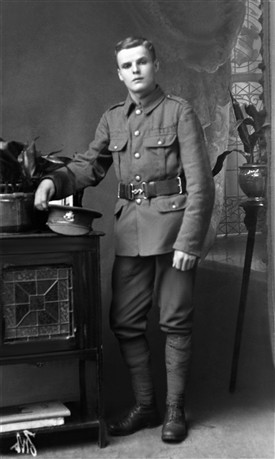 John William Wright was born in Bilisthorpe, Nottinghamshire and lived at 47 Montague Street, Mansfield. He was the proud son of Joseph Wallhead Wright and Florence Wright.

At the time of his death “D” Company were occupying G1 trench near to Peckham Corner. 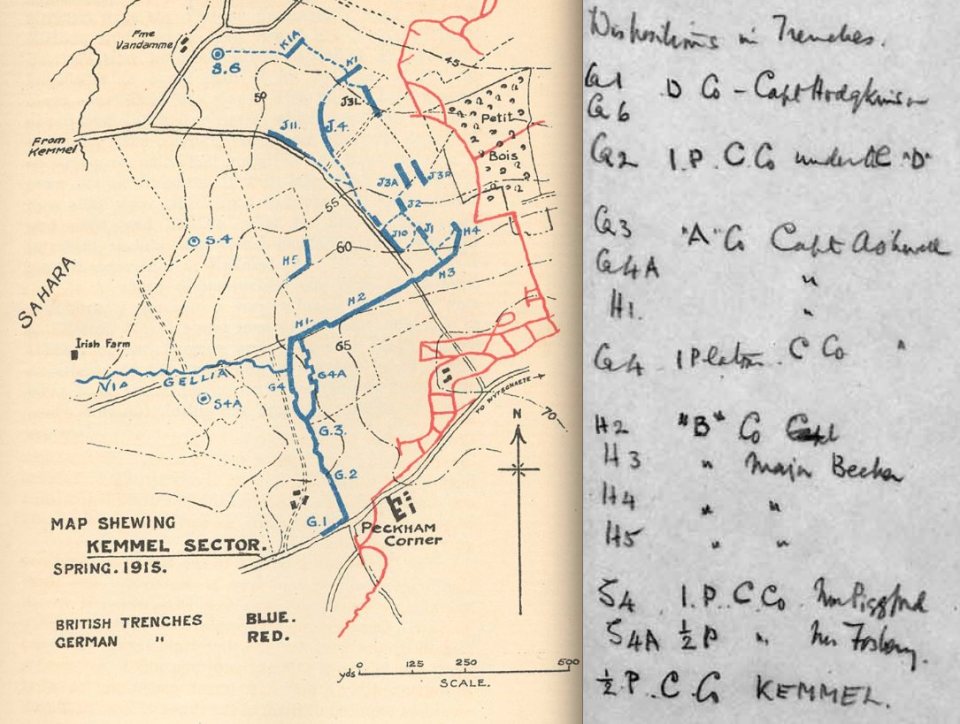 “It is with deepest regret that I have to announce to you the death of your son, John Wright. He was killed by a rifle bullet on April 20th. It may be some consolation to you to know that he died doing his duty in action. At 4:30 am on April 20th, we were subjected to considerable bombardment from grenades, and your son was at the time doing his duty as sentry and at the same time observing where our own grenades were falling in the enemy’s trenches without hesitation he pluckily observed all our grenades, but unfortunately was observed by the enemy and shot. I was close by his side at the time and an assure you that his death was instantaneous, he could have suffered no pain whatever.”