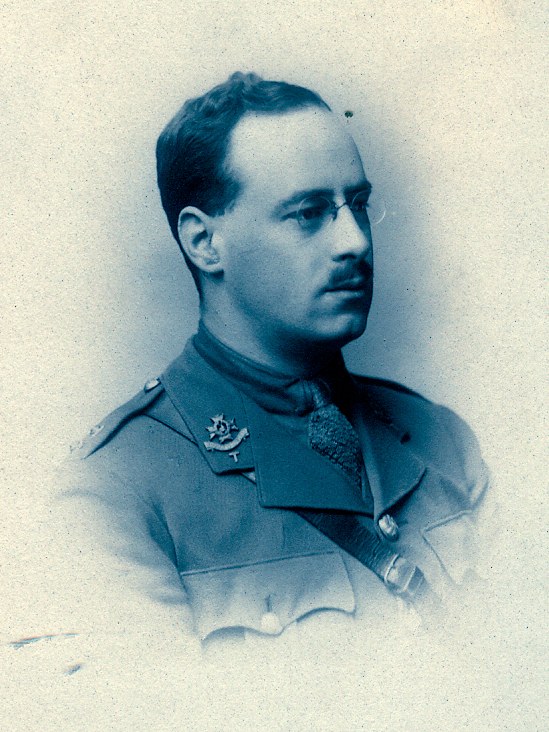 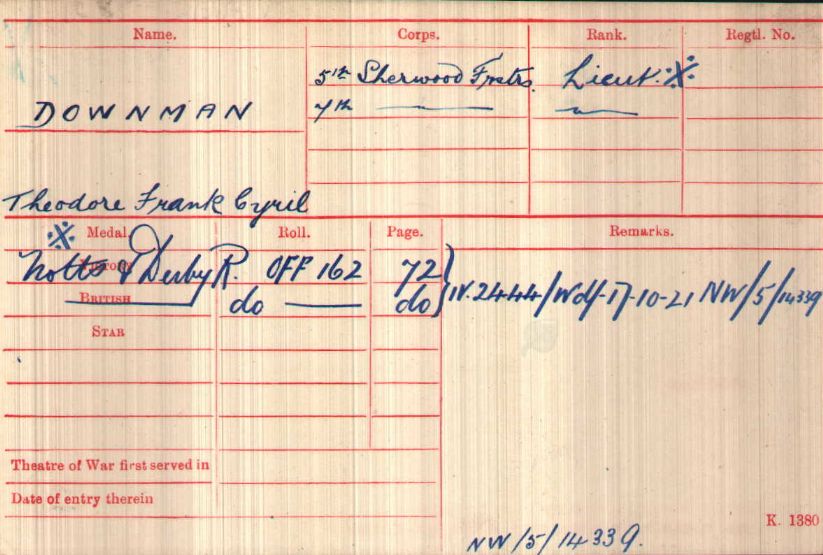 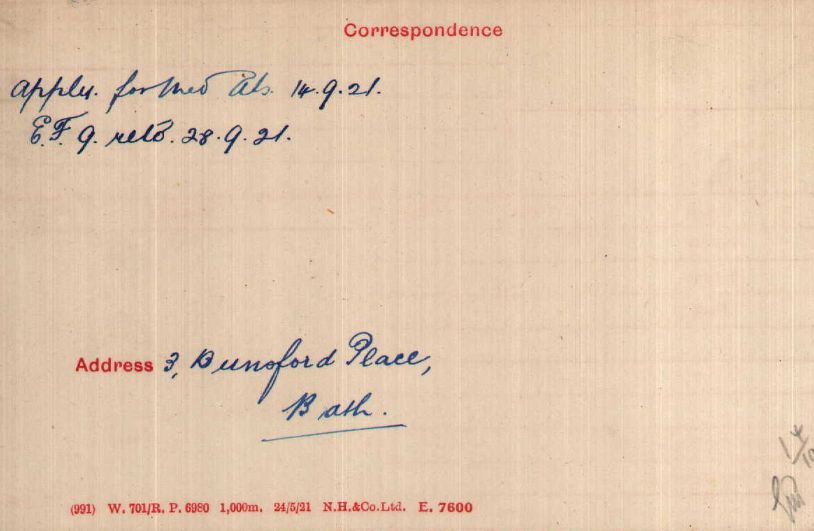 Report on Operations of the 1st July here Dowman 1918 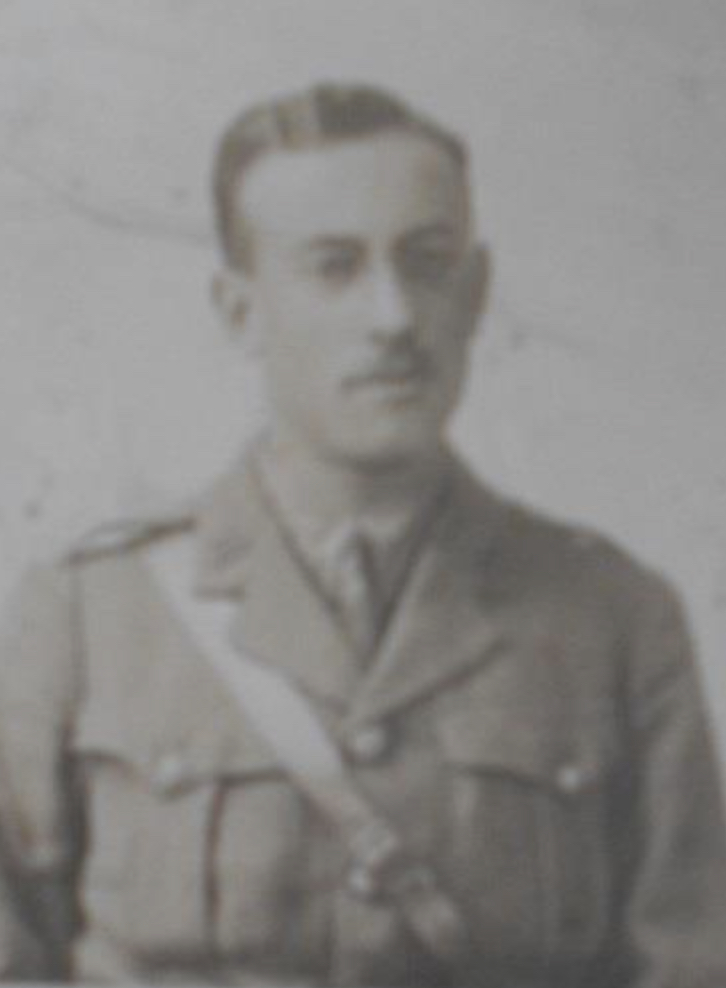 Bernard first entered a theatre of war in France on 27th June 1916. The Battalion occupied Constance Trench which was under heavy enemy bombardment. Downman and six other ranks died on 21st September. He is buried in Bouzincourt Communal Cemetery Extension Somme France Grave Reference: I H 8.

“Derby Clergyman’s son Killed. We offer sympathy to the Rev. F.P. and Mrs Downman, of Hartington Street, Derby, in the bereavement which had overtaken them by the death of their youngest son, Second-Lieut Bernard Vincent Ridout Downman of the Sherwood Foresters. The War office have notified the family that he was killed in action on September 22 .The gallant officer was educated at Derby School and St. Cuthbert’s Worksop, before proceeding to Cambridge with a view to taking holy orders. He was an undergraduate when war broke out and at once joined the University O.T.C (Officer Training Corps). The following February, on attaining his 19th birthday, he was given a commission in the Sherwood Foresters, completing his military training at Lichfield. In January this year he was sent out to join his battalion in Egypt, being transferred to France in June. Another of Mr Downman’s sons is a prisoner of war in Germany, having been wounded before he was captured”