A Derby Scheme man mobilised in March 1917; served with1/5th Battn and was wounded during the attack on Bellenglise in September 1918

Charles was born on the 27th December 1895 and in the 1911 census he was living with his family at 125 Violet Street in Derby; he was a moulder by trade.

Charles attested in December 1915; mostly likely as a result of the Derby Scheme and was transferred to the Army Reserve until he was mobilised in March 1917 and posted to the 5th Reserve Battalion Sherwood Foresters.

Following very basic Infantry training Charles was sent to France in June 1917 and taken on the strength of the 2/6th Battalion – which at that time was a training cadre in the 14th Infantry Base Depot. In July 1917 Charles was posted to the 1/5th Battn and joined them ‘in the field’ on 17th August 1917. 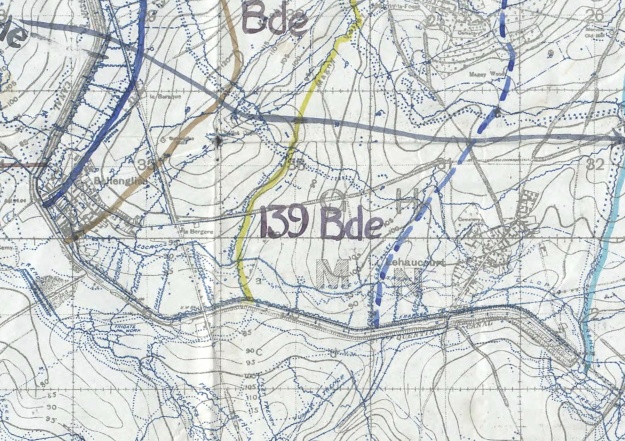 Charles was wounded on the 29th September 1918 during the attack on the Hindenburg Line between Bellenglise and Lehaucourt.

After recovering from his wound Charles rejoined his unit and was granted leave in January 1919 after which he was demobilised.