No history of the 6th (Derbyshire) Battalion, the Sherwood Foresters (Notts and Derby) Regiment can be complete without a page dedicated to ‘Duke’ and ‘Duke II’

An early picture of ‘Duke’. This Mascot was presented to the Battalion by the Duke of Devonshire, who was the major land owner in the high peak region of Derbyshire. His reigns are being held by a young recruit and they are standing on what appears to be manicured lawns suggesting that the presentation may be taking place at Chatsworth House. Interestingly, the saddle shows the Battle Honours of South Africa, which were won by a selected contingent of the 2nd Derbyshire Volunteer that served under Captain Geoffrey Goodman. 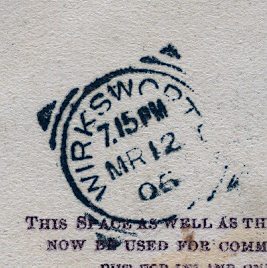 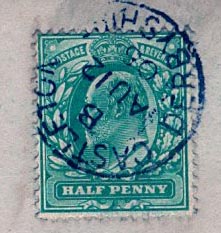 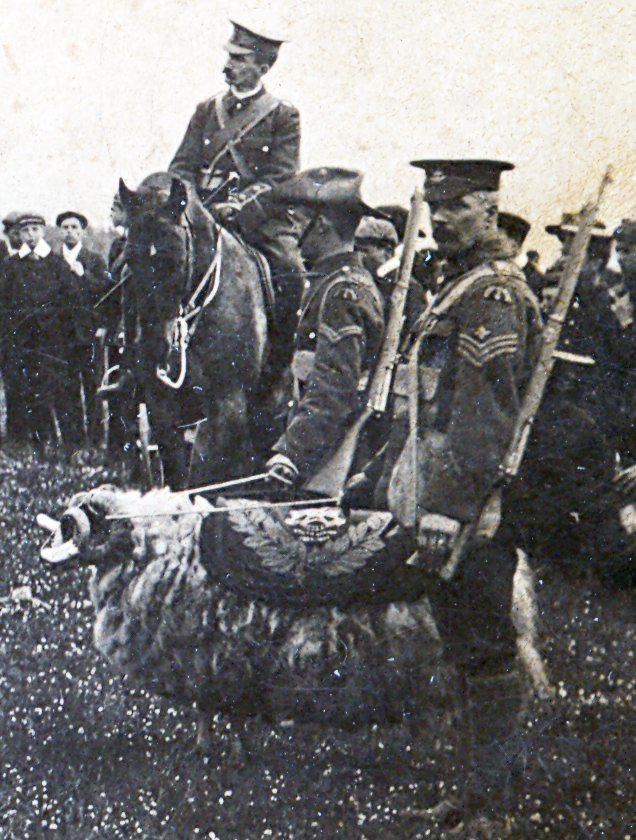 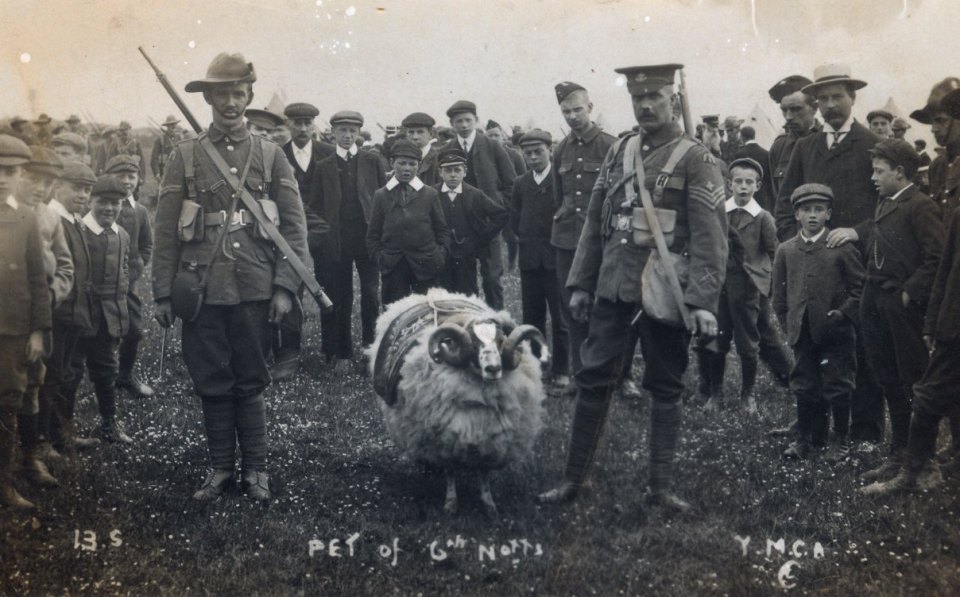 The 6th Notts & Derby at the Territorial Review in Chatsworth Park on July 1909. 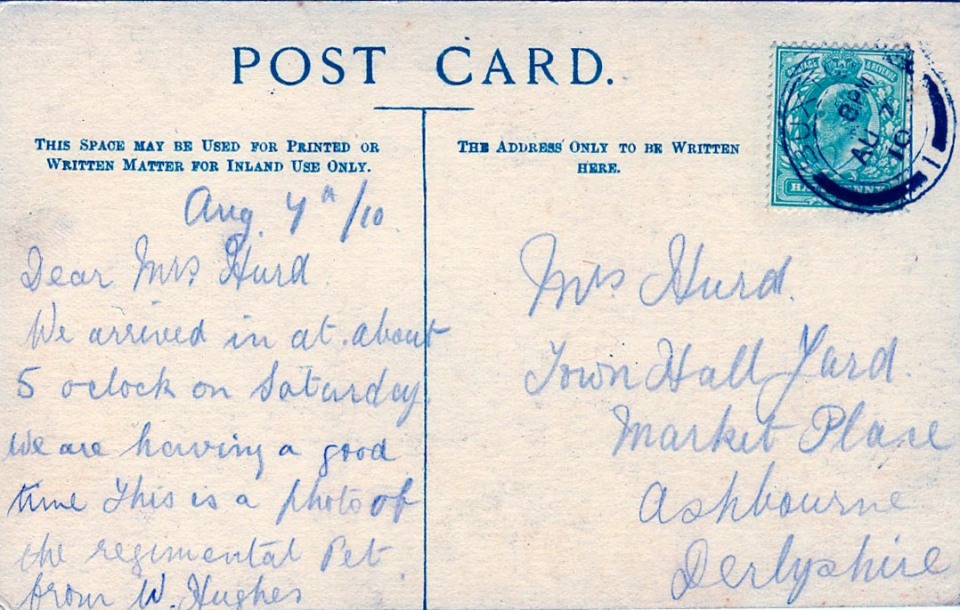 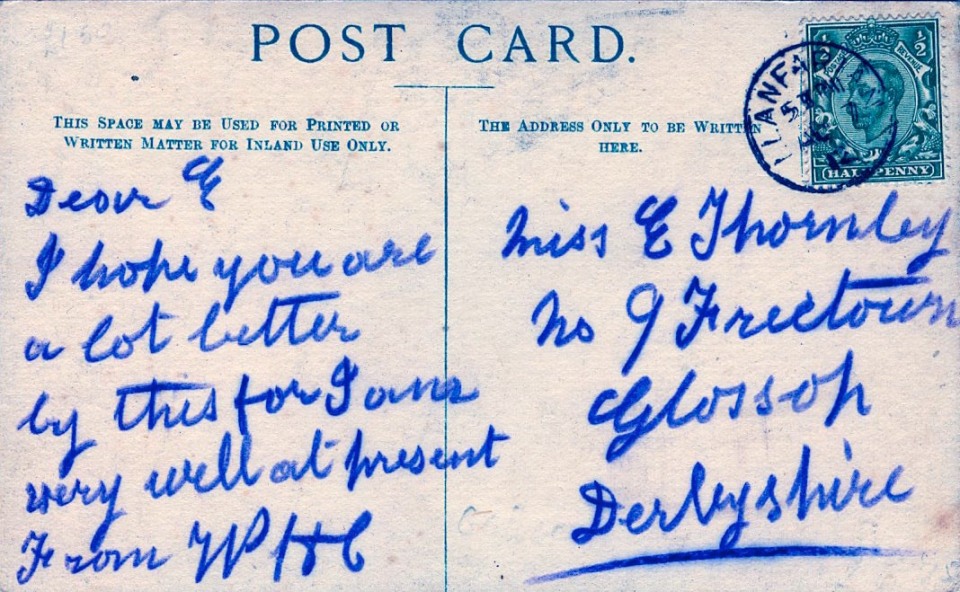 An interesting photograph of Duke II and a Senior Sergeant with two young drummers. The earliest post mark is 1910, suggesting that this picture may have been taken in Buxton during the Annual Camp of 1910.

It’s also obvious that the image of the Sergeant and Duke II was then cropped and reissued as a a separate postcard, which was used at least until the Camp at Abermaide in 1912. All cards are from an unknown publisher. 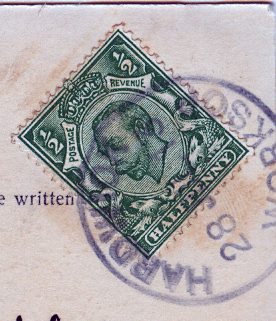 Two more pictures of Duke II, this time on his own. The top image was taken in 1910 as indicated on the front of the card and the photographer could be either or A Health of Clay Cross or Arundel Hall from Buxton (although there is no other evidence that either of these photographers attended the Camp in 1910). The second card was posted from Hardwick in 1913 confirming that this postcard was used at least until then and has been re-issused by Albert Heath of Clay Cross.

Another image of Duke II being led by men of the 6th Battalion. The park setting of this picture may once again suggest that it was taken in Buxton in 1910 (unkown publisher). 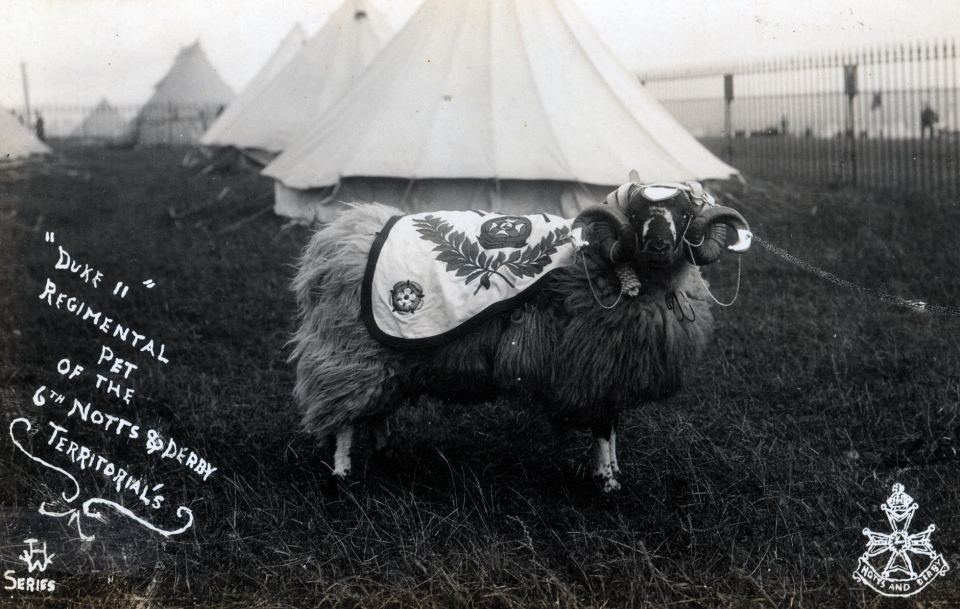 Duke II published by J.H. Waterhouse of Chesterfield but the date and place have not been determined.