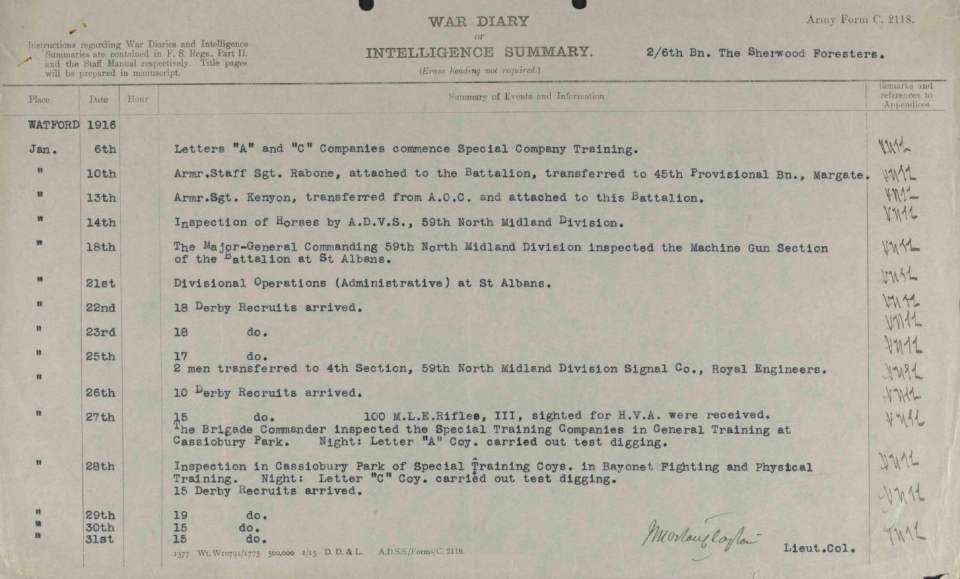 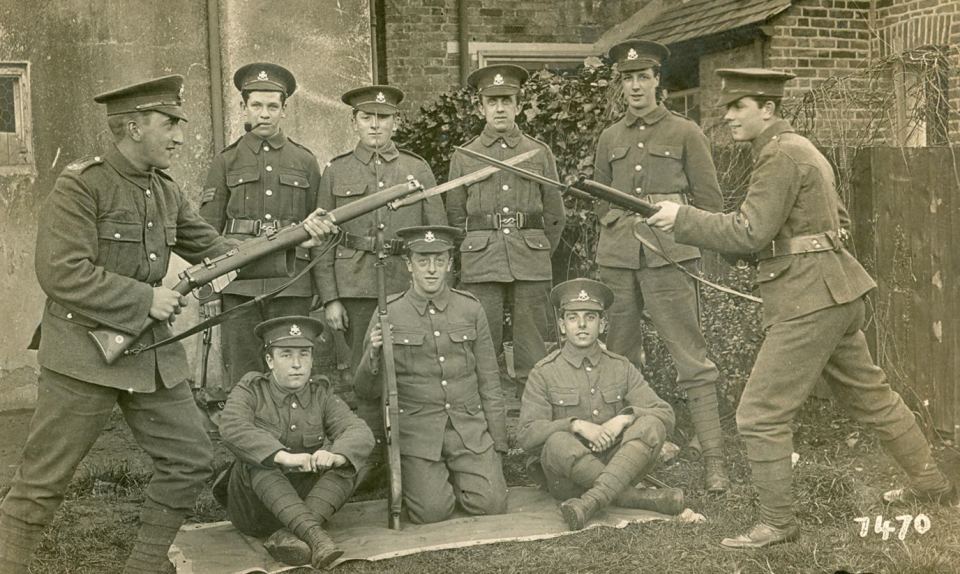 This card was sent to Miss Elsie Worsdall of 18 Shenton Street in Leicestershire;

“Dear Elsie, just a line to let you no [sic] that I am over the water will you let mother no [sic] as soon as you get this as I am not got another post card don’t write again till you hear from me again dear with Best Love from Harry”.

The men are clearly seen wearing Notts and Derby cap badges, whilst the man with the rifle on the left wears the 5-tier Notts and Derby TF shoulder badge, thereby identifying them as men of either the 2/5th or 2/6th Battalions. The 2/6th Battalion (with the rest of the Sherwood Foresters Brigade) moved to Watford on the 9th August 1915 and encamped at Cassiobury Park, later moving into billets in Watford on the 18th October. In December 1915 all remaining Japanese rifles were withdrawn and replaced with magazine Lee-Enfield’s.

January 1916 saw the arrival of 142 men from the 3/6th Battalion who had been recruited through the Derby Scheme. The 2/6th Battalion, together with the rest of the 178th Brigade left Watford and embarked for Ireland on Tuesday 26th April 1916. These events therefore date this photograph between October 1915 and April 1916 and suggest that the men are possibly Derby Scheme recruits considering that the majority are not wearing Imperial Service Badges or Territorial Force shoulder badgers. The card may very well have been sent by Elsie’s older brother Harold, however, there is no record that Harold served overseas with the Notts & Derby Regiment.