“On August 21st, we moved on a few miles to Harpenden, where we were destined to stay for three months, and where we received on all sides the greatest possible hospitality. The men for the most part were billeted in small houses, three or four together, and with the more than ample rations and billeting allowances then in force, both men and billet owners were exceedingly well off.”

The 6th (Derbyshire) Battalion marching south along St Albans Road across the Common and passing the Baalamb trees. The Harpenden Institute/reading room is the building on the right in the background (information courtesy of Rosemary Ross).

Consecutive shots of men from the Notts and Derby arriving in Harpenden (unknown publishers). 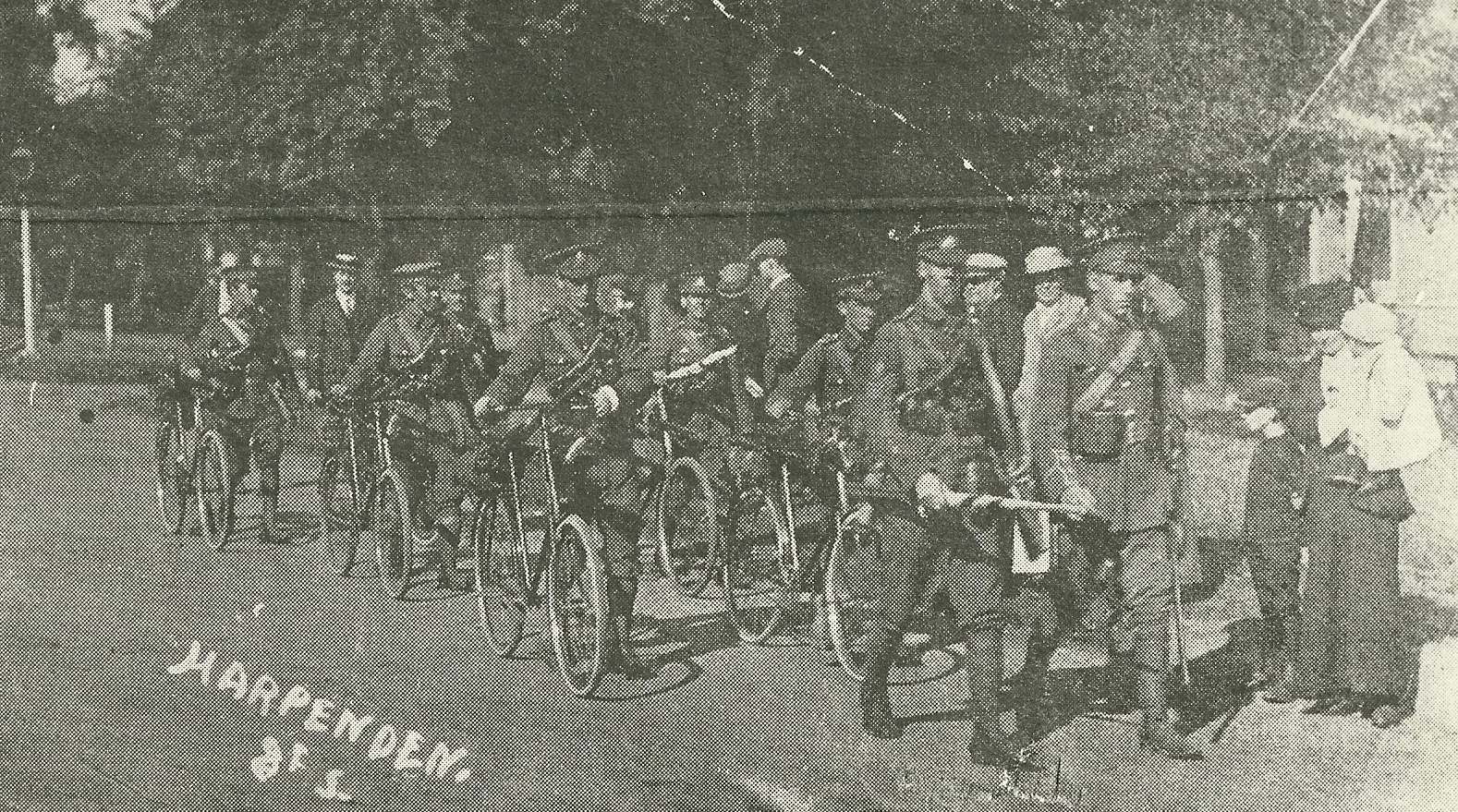 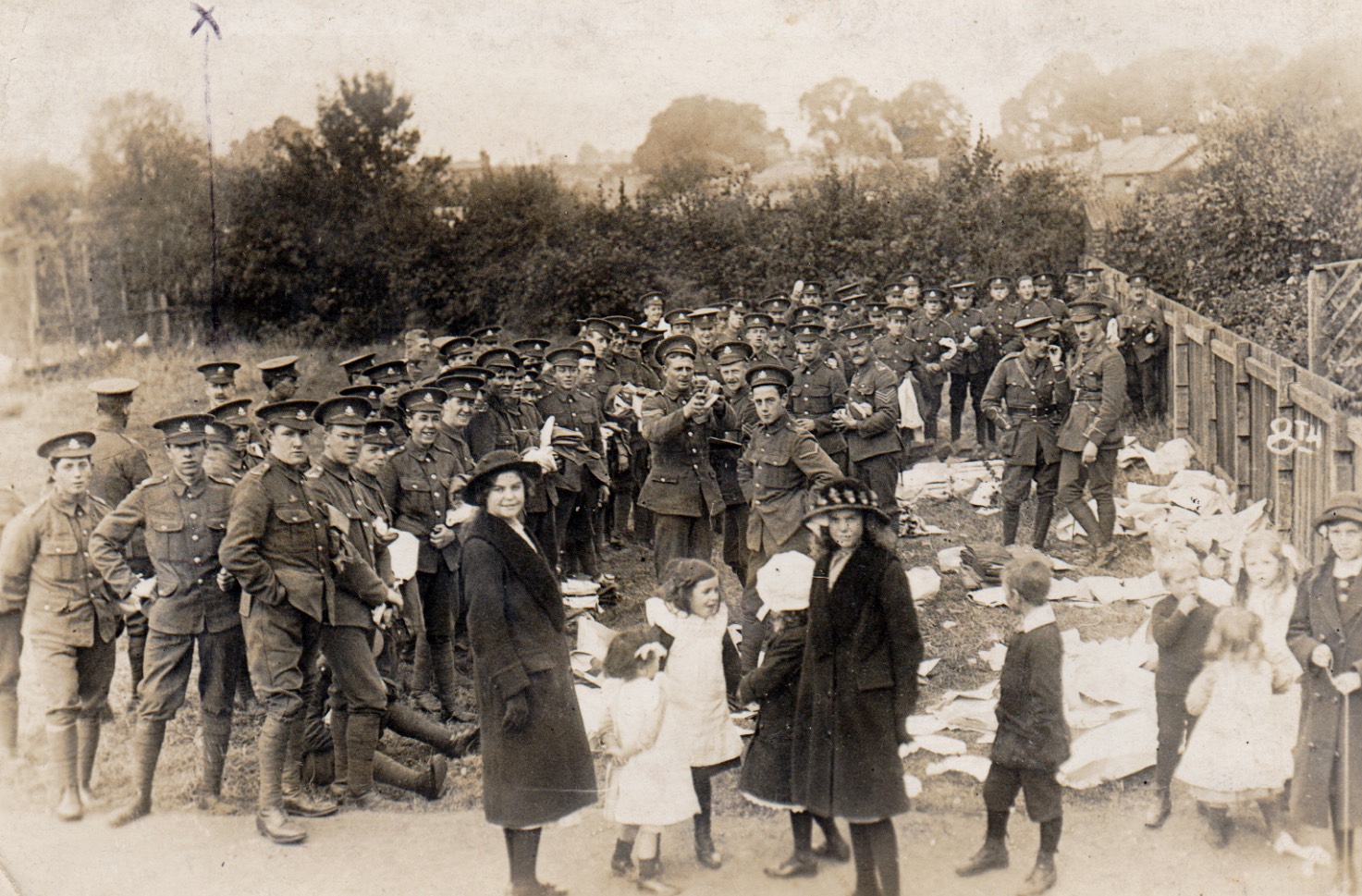 Letter sent from 508 Pte. Albert Askey to his family informing them that they had arrived in their billets at Harpenden. 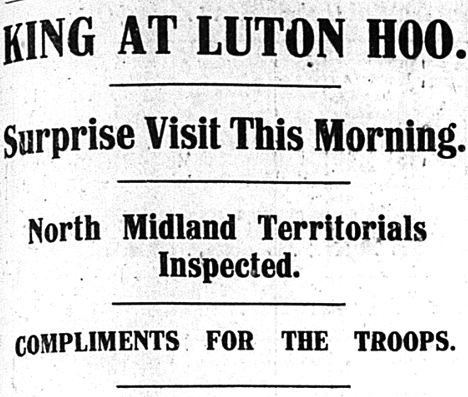 The YMCA sent at Harpenden in 1914. This group of men appear to be predominantly clergy. Seated second from the right is Rev. H.T. Hayman, who was the Chaplain to the Robin Hoods. The Rev. J.P. Hales, who was Chaplain to the Sherwood Foresters Brigade would bury many of the soldiers in Kemmel during the early months of the War.

Men of “B” (Chapel-en-le-Frith) Company of the 6th (Derbyshire) Battalion in billets at Harpenden.

“Cliff” and “Jubilee” Cottages were built in the 1890s and are now located on Tennyson Road in Harpenden. Pictured in 2014 courtesy of Rosemary Ross and the Harpenden History Website.

A group of 6th Battalion men that is known to include 1674 Pte. Theodore Flaxman who was a fitter by trade and enlisted in April 1912 aged 18. He served with A (Chesterfield) Company and who was killed in action on the 18th April 1915. He was one of the first casualties of the 1/6th Battalion.

A postcard sent from ‘Syd’ to his old chum ‘H Drabble Esq’ who lived at Church Street in Ashbourne. Harry Drabble himself had been a Pre-War Territorial, but appears no to have reenlisted into the 6th Battalion. This card was posted on the 9th November 1914 and in it we learn that the men had been undertaking musketry training on Harpenden Common.

A group of Officers and Men from the 1/8th Battalion at Luton in 1914/5, but their identity remains undetermined. 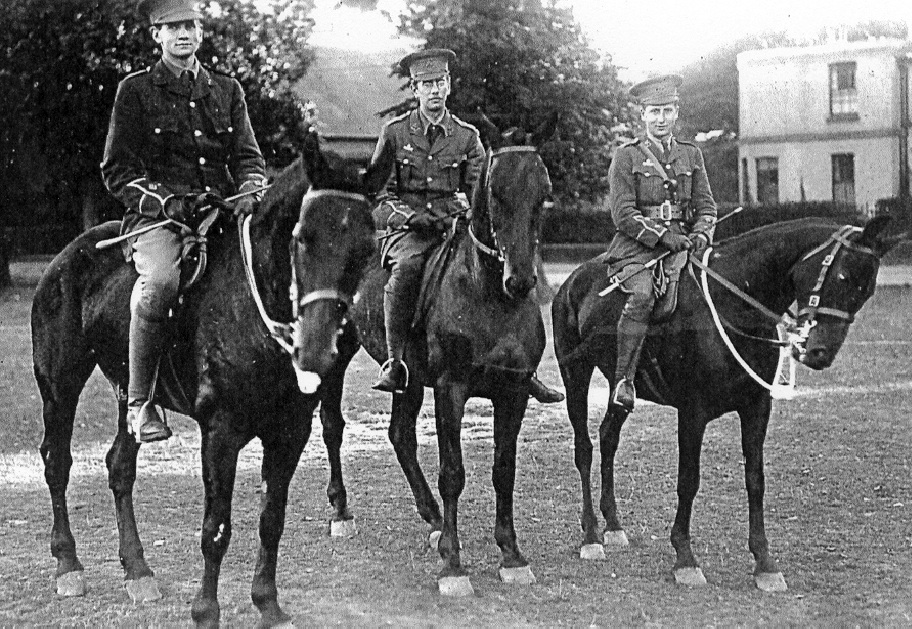 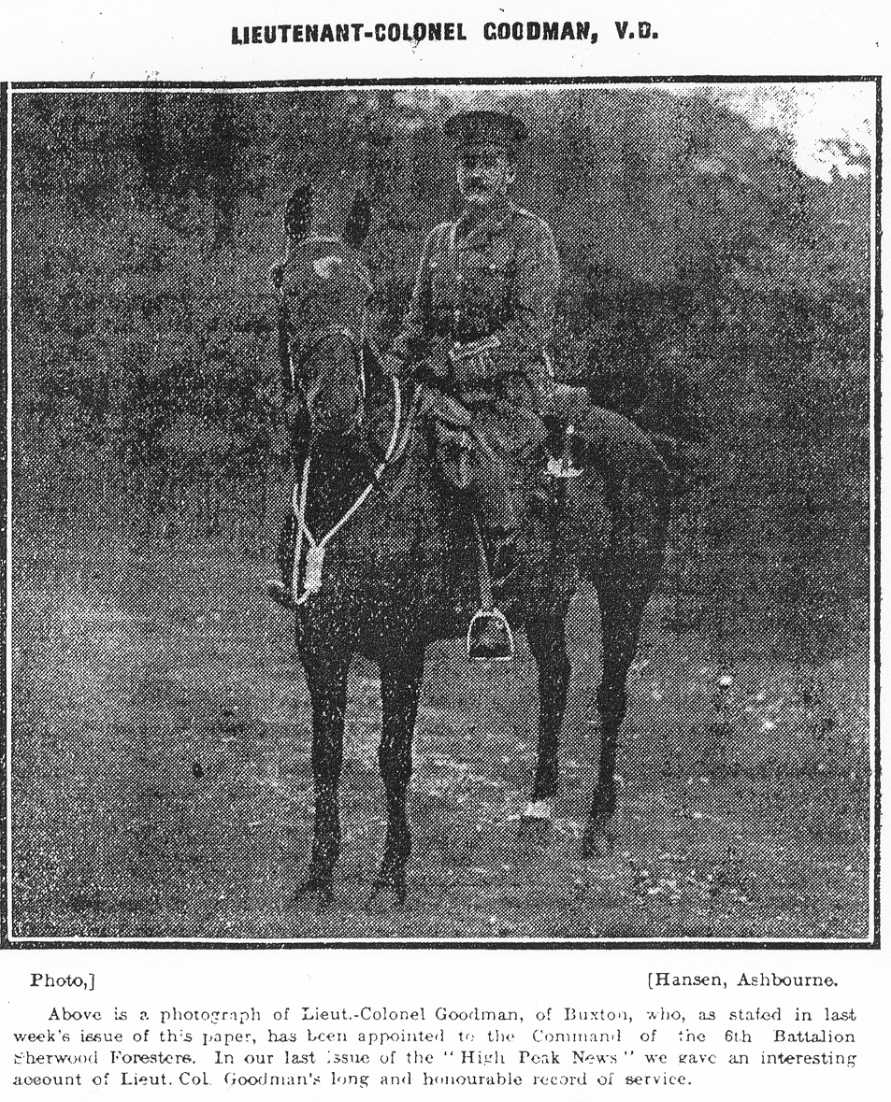 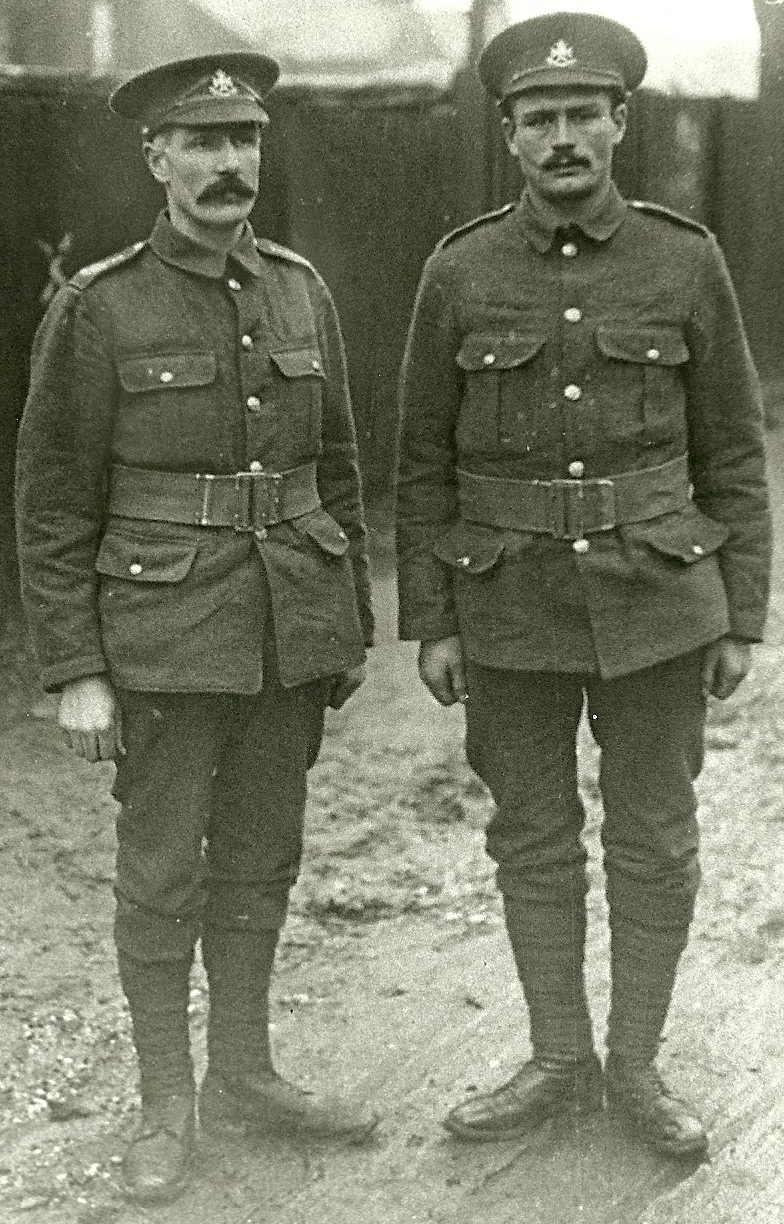 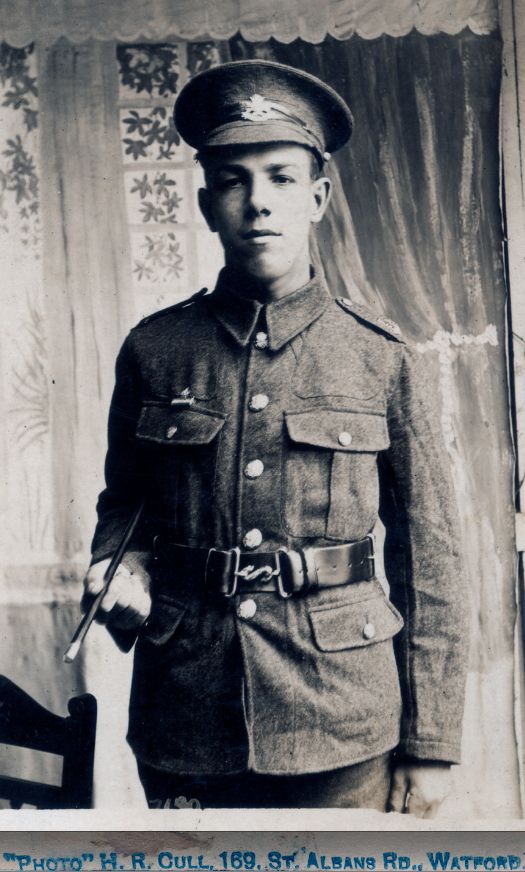